A peep at the Island’s history

Margarita’s studios is ideally situated for those who have an interest in the island’s history, lying as it does a short distance away from some of the island’s main archaeological sites. The island’s history starts to unfold in the third millennium B.C. when the first settlements appear on Paros, Greece – that was five millennia ago. Pelasgians, Phoenicians, Mycenaeans, Ionians, Macedonians, Romans, Byzantines, Venetians, Franks and Ottomans are some of the people who settled on Paros and the neighbouring Cycladic islands and whose traces are still discernible today. Walking through the cobbled streets of Parikia the history of the island comes alive and invites us to find out more about the island’s past.

A stone’s throw from Margarita’s studios lies a ceramic workshop put to use during the Hellenistic times. It’s a wonderfully preserved workshop in the interior of which we can find the remains of six furnaces and two water tanks. The main furnace was built using slabs of slate that are found all over the island. It has a diameter of 2.50 meters and a height of 3 meters. The furnace’s opening, as well as two of its ventilation windows are well preserved. Pottery jars were removed from the furnace and placed onto a stone rack that was made of slabs of slate that radiated out of a central stand. The other four furnaces were constructed from ancient jars that had their heads and bases chopped off.

On the opposite piece of land we can see the rusty axis of an olive press and the grounds where grapes were trampled upon to produce wine. Nowadays lying idle they are reminders of the important role that was played by agriculture on Paros up until the recent past. It is for this that one of the many names given to the island in ancient times was ‘Dimitrias’, in honour of the goddess of vegetation and harvest.

Continuing our walk up the road and crossing the ring road we will come across the remains of a ancient Greek sculpture workshop that was in use during the Hellenistic times. A large amount of half-finished sculptures and marble flakes found in the area confirm that the site was used as a workshop or a school of sculpture in ancient times.

Continuing our ascent up the road (and following the signs) we will arrive at a quiet spot from which we can enjoy the view of the town that lies below with the dome of Saint Konstantine in the background. The walls that were unearthed by the archaeologists on this spot mark the limits of the ancient town. These walls were constructed at the end of 7th century BC and used to enclose the whole of the city as well as its harbour. They remained in use in late antiquity. 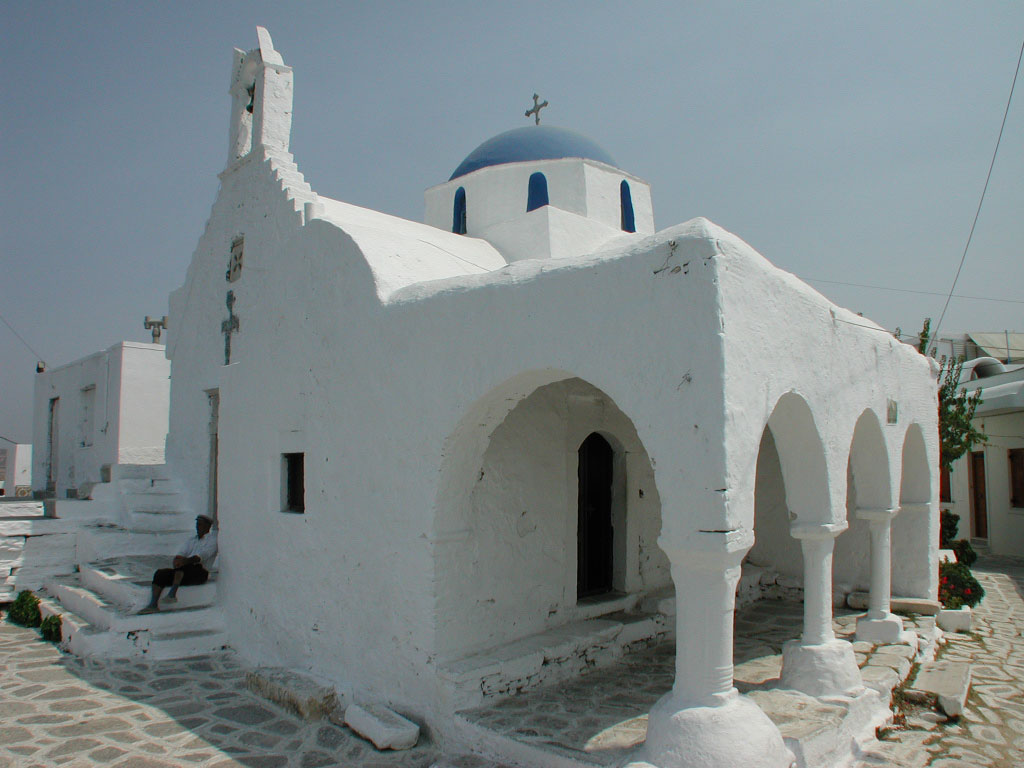 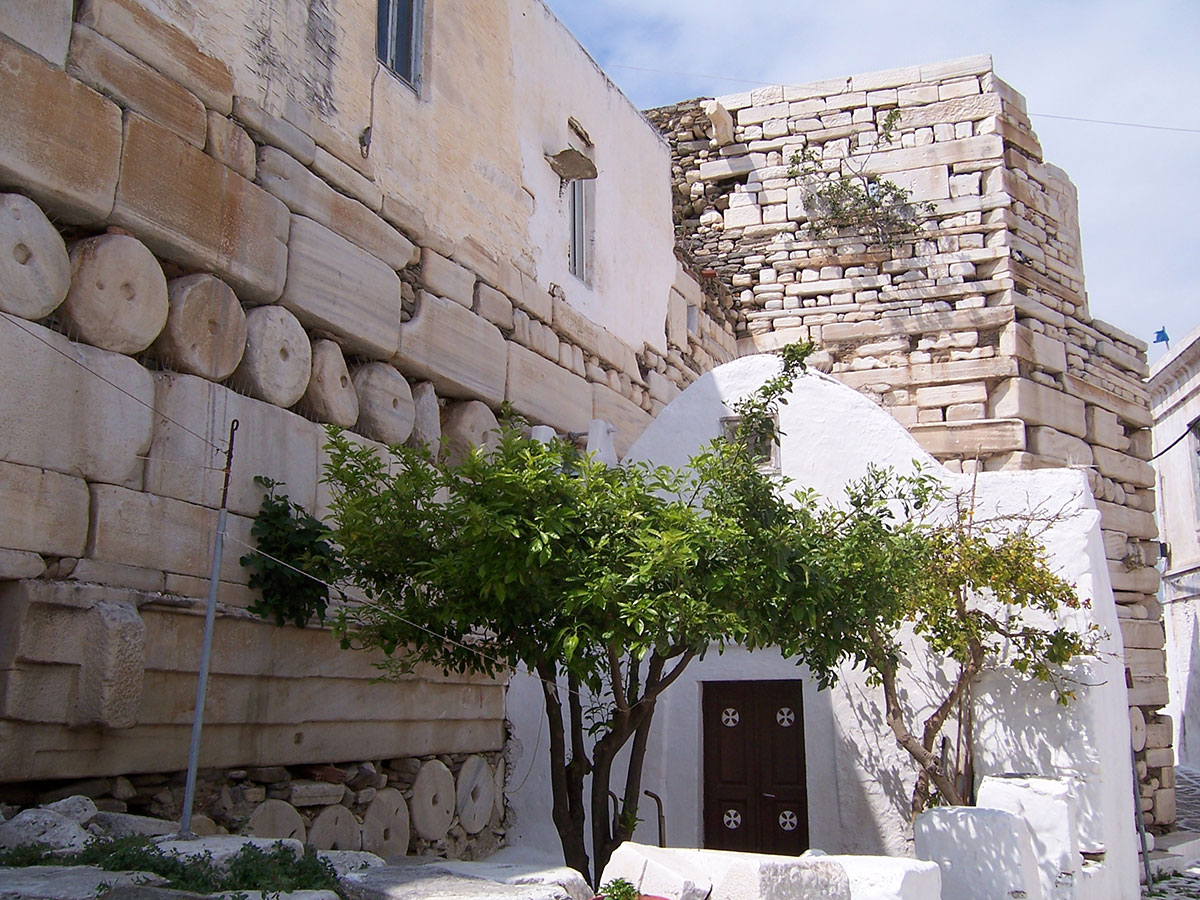 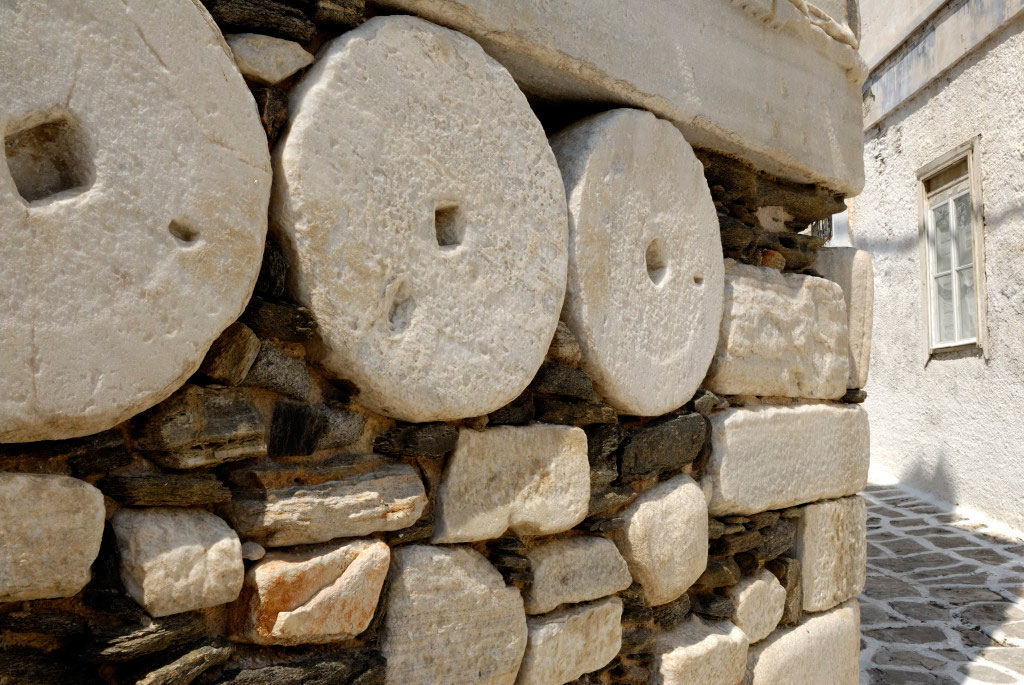 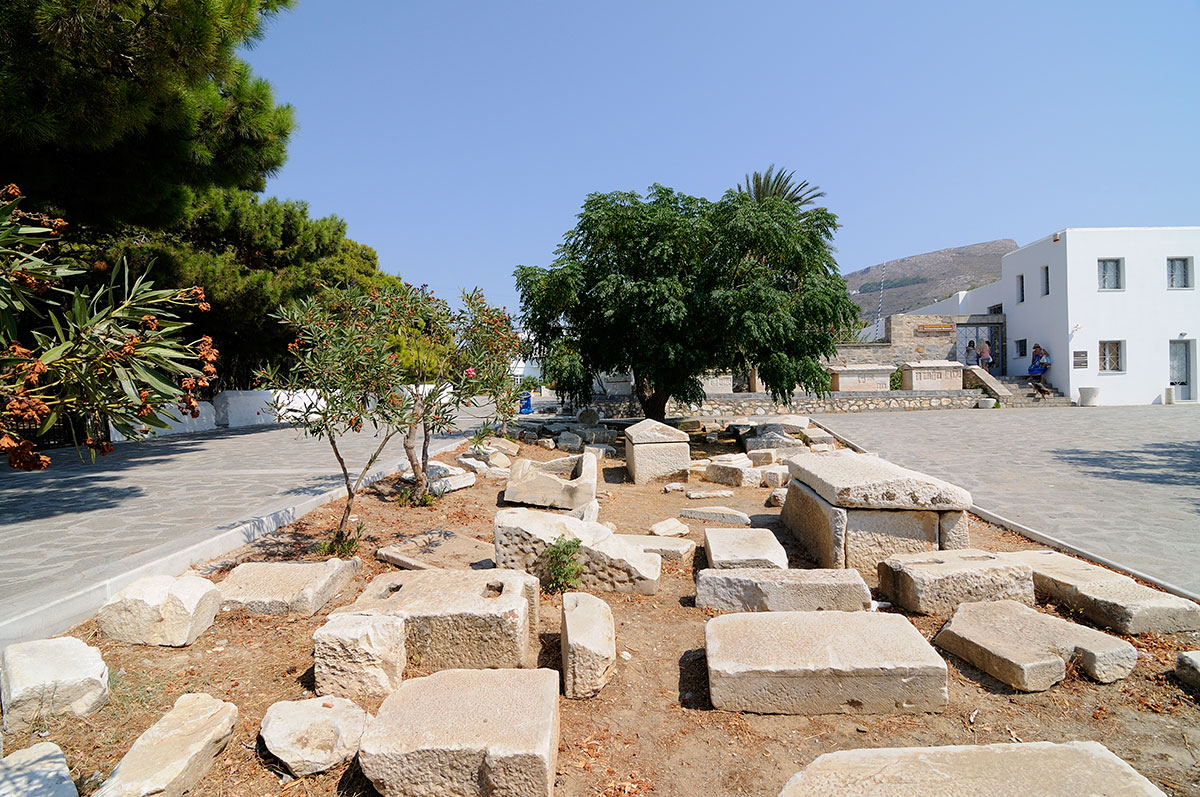 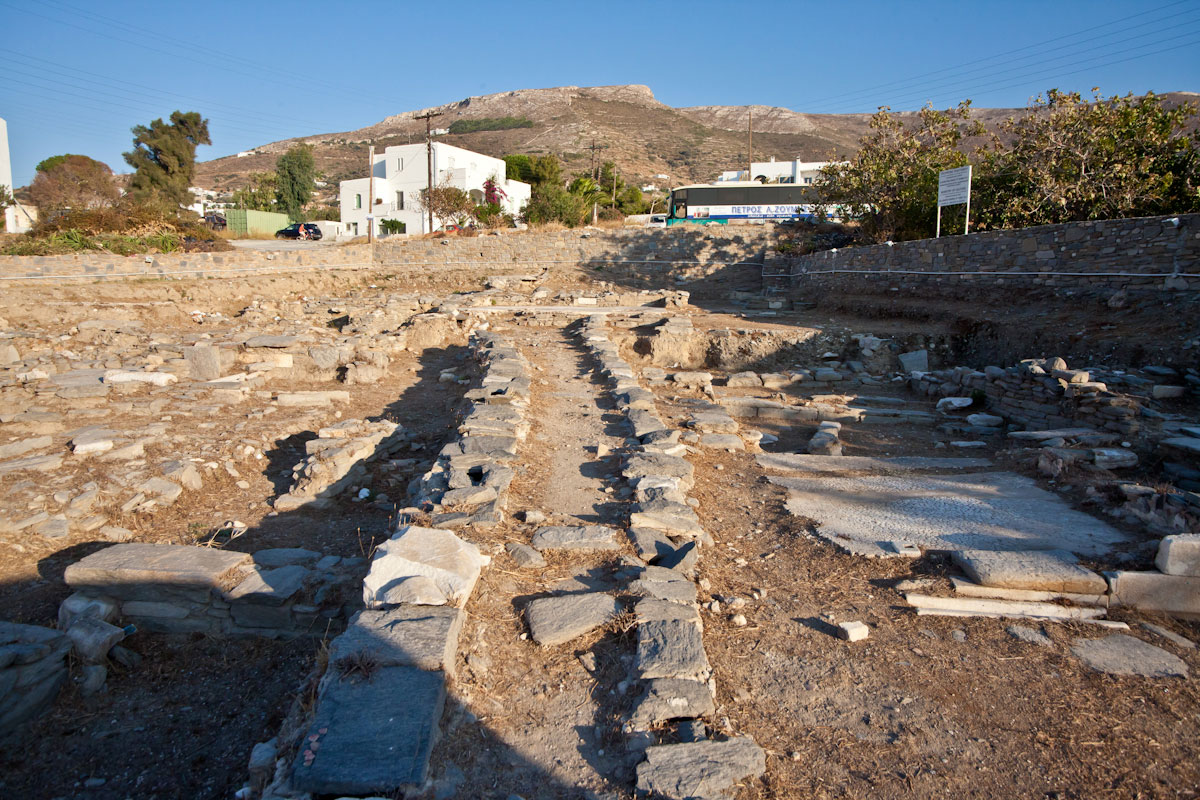 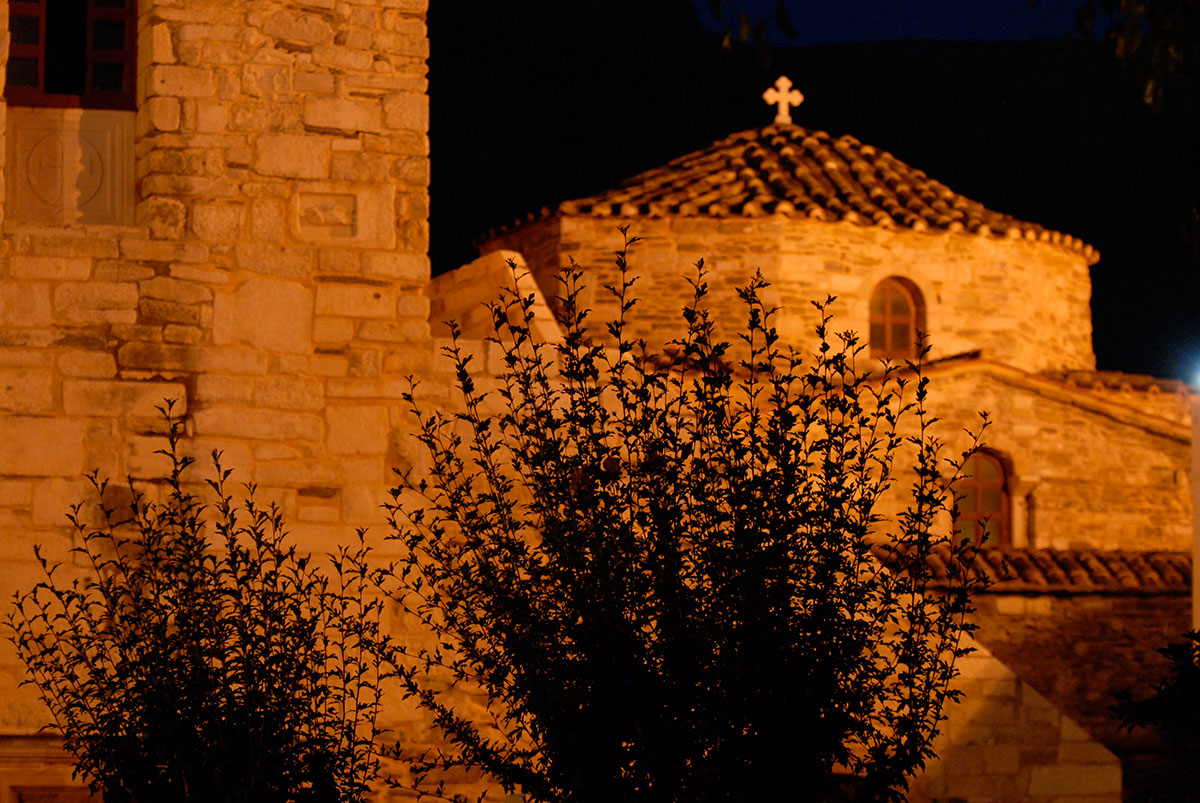 A maze of cobbled streets awaits us when we return to the old town of Parikia. Don’t get frustrated in case you lose your way while walking through the streets of the old town–this was the reason they were designed like this. Although the island’s main town may seem to have been built in a random, disorderly fashion it served an important purpose: it offered protection to its inhabitants during the frequent pirate attacks. It also offered Parikia’s residents an escape route in case they received unwelcome guests: the adjoining houses meant that they could jump from roof to roof and escape from their pursuers.

Other parts of the old town bear the traces of Venetian influence: vaults and arched gates are hallmarks of Venetian architecture. At the same time we can find many examples of fragments of ancient temples being used in the construction of buildings constructed at a later date (the Frankish castle is a prime example of this). Kosmas Politis, a notable Greek writer, who visited Parikia in the ‘30s said that “the facades of the houses, even the most poorly ones, end up resembling open air museums.” The truth is that however many times you wonder through the town’s streets you are always left with the impression that the place has many more secrets to reveal… 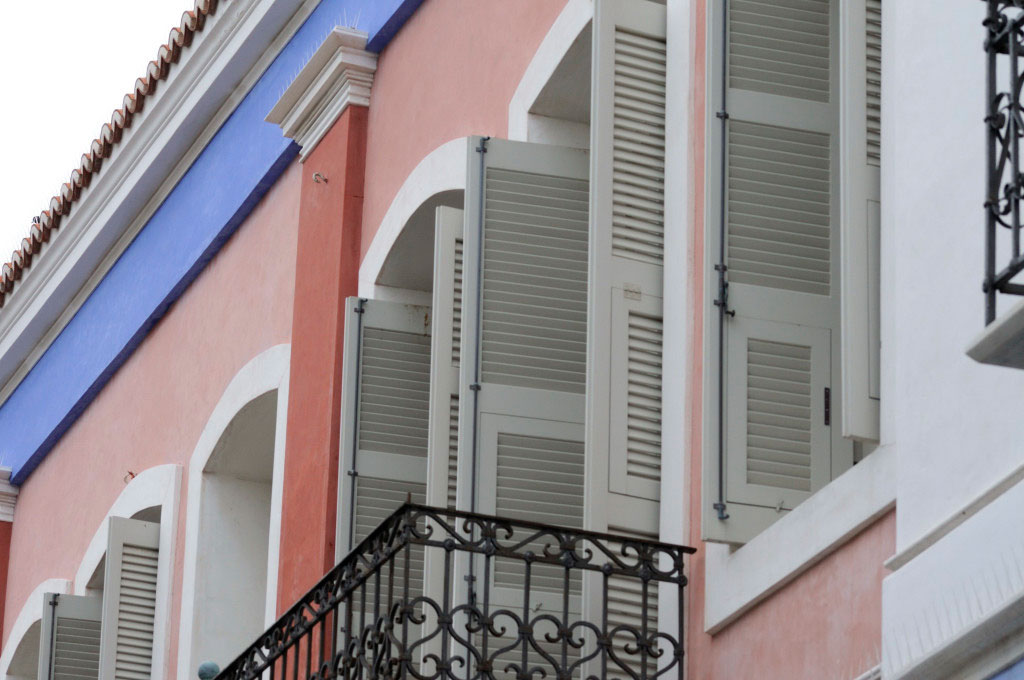 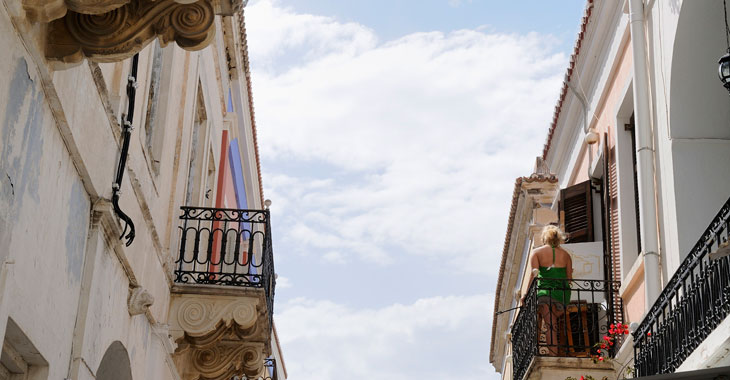 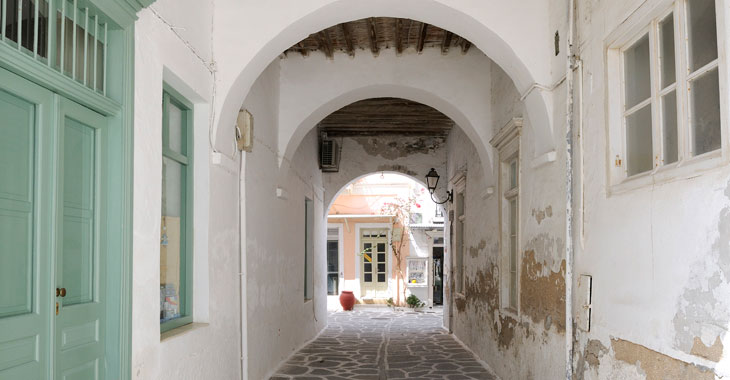